There is a new Bloomberg ad on www.indeed.com, seeking to hire a bankruptcy reporter

Popular posts from this blog

May 31, 2022
In a new ruling handed down on May 23, 2022, the United States District Court for the Southern District of New York - one of the most influential federal trial courts in the United States - rejected the arguments of Bahrain Islamic Bank (BisB) in support of its exercise of setoff rights and retention of Arcapita's funds, characterized the parties’  murabaha  as a loan, upheld the imposition of prejudgment interest on Bahrain Islamic Bank/BisB at the New York statutory rate of 9%, and canceled oral argument that had been scheduled for the 7th of June. The ruling is available on the internet: https://docs.justia.com/cases/federal/district-courts/new-york/nysdce/1:2021cv08296/567775/19
Read more 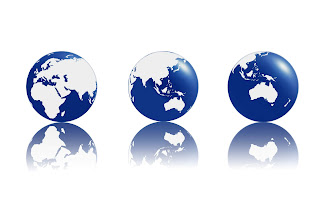 Thomas Cook Group plc Collapses . The Civil Aviation Authority (CAA) returned 150,000 passengers to the United Kingdom following the collapse of the world’s oldest travel firm 1 Thomas Cook Group plc in September of 2019. 2 This was part of an initiative called “Operation Matterhorn” through which the CAA undertook what is considered to be the largest peacetime repatriation effort in British history. 3 The CAA reported that, during the first 13 days of Operation Matterhorn, 94% of holidaymakers arrived at home on the day of their original departure. 4 Remaining passengers needed to make separate arrangements to return home. The British Broadcasting Channel (BBC) reported that people who were covered by the Air Travel Organiser’s License scheme (Atol) would have the cost of their travel packages refunded and that the majority of Thomas Cook holidays were packages that are Atol protected. 5 As the turmoil was unfolding, British Airways announced they were among airline
Read more

September 25, 2022
BisB opening brief:  https://www.dropbox.com/s/qw0m6c99vvaz66b/OpeningBrief.pdf?dl=0 As part of a clawback suit brought by the Arcapita creditors committee against Bahrain Islamic Bank, the bank was ordered to return money it had set off in 2012, with interest at a rate of 9%. Bahrain Islamic Bank (BisB) is appealing its losses to the federal court of appeals whose judges sit in New York, where the Arcapita chapter 11 bankruptcy is pending 10 years after Arcapita filed for bankruptcy.  The appellant, BisB, argues that its use of a correspondent bank account in the United States does not convey jurisdiction over the bank in the United States. BisB indicates in its court papers a preference to litigate in Bahrain, where it and Arcapita are registered and regulated, and proceed under applicable Bahrain and Sharia law.  The appellee is the Official Committee of Unsecured Creditors of Arcapita Bank B.S.C.(c). The appellee’s brief is due to be filed on or before December 16, 2022 with the U.
Read more